Their Song Will Haunt You 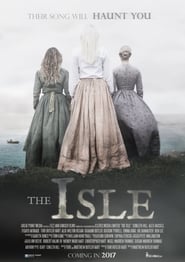 As I sit here, thinking about Victorian supernatural mystery, The Isle by Tori and Matthew Butler Hart, I confess I’m an oafish American. I once received a ten-minute lecture from a close friend for calling Jane Austin’s Emma, a Victorian rip-off of Clueless. My attempt at a snarky joke. Oh, and don’t ask me who Merchant Ivory is! All this to say, I now give you my In the Aisles unsophisticated review of The Isle.

Three sailors lost at sea in a small boat having just survived the mysterious sinking of their merchant ship far from their home port in Victorian Isle of Dogs Scotland. Captain Oliver Gosling (Alex Hassell) and crewmen Cailean Ferris (Fisayo Akinade) and Jim Bickley (Graham Butler) are the only members of the crew left. As the surrounding mist clears, Cailean sees a small isle off in the distance.

Arriving on the isle, our heroes quickly secure the boat and look for a way to start a fire, both for warmth and to signal to any other survivors. They soon find there are others on the isle when they are greeted by Fingal MacLeod (Dickon Tyrrell). Fingal brings the Wheelman crew back to his small home for warmth and a bite to eat.